Unexplored facts of Umrah- know them with Umrah tour operators 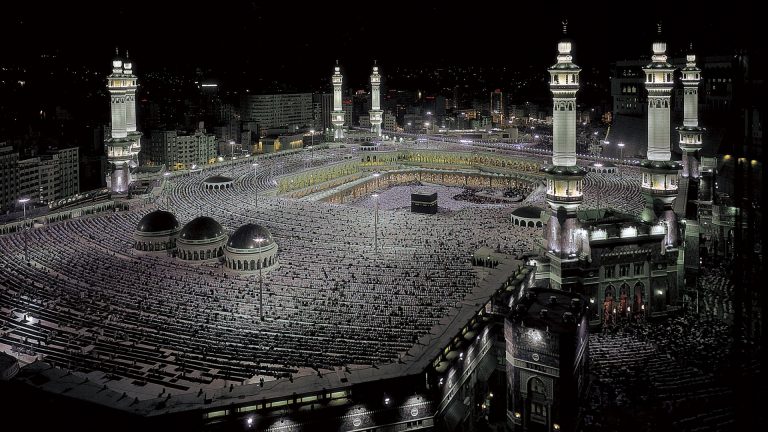 “Our Lord, grant us good in this life and good in the hereafter and save us from the punishment of the Hellfire.”[Quran; 2:201])

Hajj can be done at a particular time of a year while Umrah can be done any time around the year. If anyone wants to perform Umrah in the time of Hajj; he or she must do Hajj after finishing the Umrah. Performing only Umrah in Hajj timing is prohibited. It is also said that Umrah in Ramadan is equal to Hajj in rewards. Nevertheless, it does not mean that one need not perform Hajj if he or she has done Umrah in Ramadan. As per Islamic scripture, Hajj is one of the five pillars of Islam which is a must-do activity for each and every Muslim who can afford it.

The Steps of Umrah:

The steps of Umrah are as follows

The very first step of Umrah is Ihraam, a state of purity that needs to be assumed at the Meeqaat.

The next step is Niyyah that is a declaration of the intention while uncovering the head and uttering the following dua:

“O ALLAH! I intend to perform Umrah, please make it easy for me and accept it from me”

Niyyah is followed by Talbiya which is a prayer invoked by the person intended to do Umrah as a belief that they aim to complete the Umrah only for the glory of Allah and nothing else.

“In the name of Allah, I place my trust in ALLAH, and there is no might nor power except with ALLAH”

When the pilgrims enter Masjid Al Haram; they are supposed to recite Darud e Sharif and pray to ALLAH while proceeding towards Kabah.

“In the name of ALLAH! O ALLAH! Exalt the mention of your Messenger. O ALLAH! Forgive my sins, and open the gates of Your mercy for me”.

At the very first sight of Ka’bah pilgrim should recite

One of the most fundamental parts of Umrah is Tawaaf which is seven times anti clock circumambulations around the Kaaba; Starting from the Hajar-al-Aswad. At the End of Seven circles, the pilgrims should do Istilam by touching or kissing the Hajar-al-Aswad while uttering the following verse.

However, if due to the huge crowd, it is not possible, pointing it with the right hand will serve the purpose.

After finishing the seven circumambulations around the Ka’bah, pilgrims should proceed to the Maqaam-e-Ibrahim for offering 2 Rakat of Nafal which is done without covering their heads.

In this step, the pilgrim went to Zamzam well which is regarded as the most sacred source of water in Islam. This Well is situated in the basement of Haram where on approaching pilgrim utter the following verse and drink it.

“O, Allah! I implore for the beneficial knowledge, vast provisions and cure from every disease.”

Sa’y is the penultimate step of Umrah which includes to and fro walking between As-Safaa and Al-Marwah seven times. This step imitates the suffering of Hagar when she is left with her infant son Ishmael by Abraham on the command of God. In search of water, Hagar walked seven times from Safaa to Marwah. On seeing her dedication and patients; God sends Jibra’il who hit the ground with the wing and create the source of holy water, Zamzam.

Qasar or Halaq is a ritual of cutting hair either completely or trimming it equal to a length of a fingertip. Finally, Tahal-lul denotes coming out of the state of Ihraam and when all the prohibition during Ihram become lawful. This also signifies the ending of Umrah.