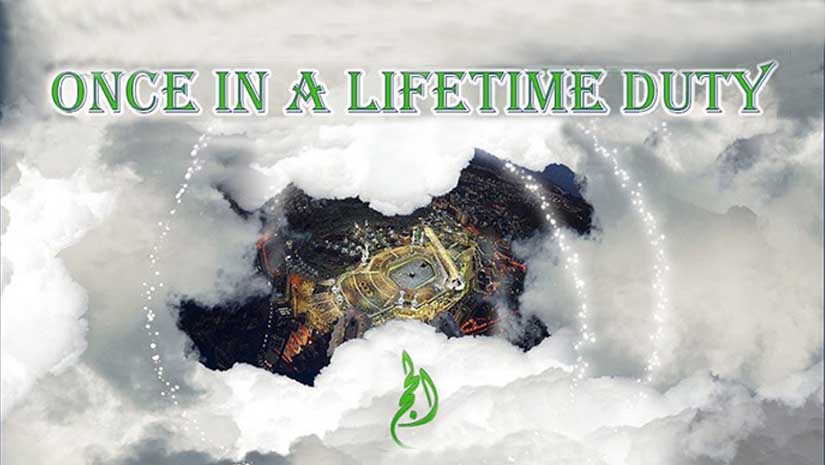 Why is Hajj Performed Once in a Lifetime?

Hajj is the fifth pillar of Islam as prescribed by Prophet Muhammad, peace be upon him (PBUH) in the Holy Quran. The literal meaning of Hajj is to intend to journey. It is symbolised as the journey to the hereafter. Islamic tradition believes the life on earth is just a trial if you perform well in this trial; you are allowed to enjoy eternal bliss in the hereafter. Hajj will help you to secure a place in the hereafter as it clears all the previous sin. It is said that “to err is human to forgive is divine”; this same idea is reflected in Hajj rituals.

Life happens when you step out of your comfort zone. Similarly, performing Hajj is also stepping out of one’s comfort zone. It means being venerable and open up your soul and seeking forgiveness. Setting out for a journey to a foreign land leaving everything behind just taking the name of Allah requires great strength. In the previous era, it takes lots of hardship to reach Makkah as at that time there was no aeroplane or other modern communication.

The scenario changed, but the hardship associated with Hajj remains the same. In contemporary time, the main hardship is managing the huge number of people that gathered in Makkah. Each year nearly 2 million people attain Hajj. The traffic, necessary amenity and extreme weather condition make it more difficult.

Under these circumstances remaining calm, focussing on Allah, sharing the same amenities, staying together in harmony with complete strangers, living under hardship requires lots of stamina, self-control, courage and piety. However, people do this for the sake of Allah; they do this as Allah asks them to do so once in a lifetime.

Hajj offers the opportunity for spiritual rebirth for every Muslims by developing an intimate relationship with Allah as well as satisfying the fifth pillars of Islam. The international Islamic community is also amalgamated through compliance to the communal worship and will of Almighty Allah.

As per Prophet Muhammad, peace be upon him (PBUH), person who execute the rituals of Hajj with all rules fulfilled such as no sexual relations with spouse, no sin, no unjust disputes, then the person returns from Hajj as pure and free from all sins just as on the day on which the person takes birth. This fact is also the reason behind the obligation of hajj once in a lifetime. It is said if an eraser effectively rubs out all the sins, then it is not necessary to do it several times.

Full Information of Umrah Visa Requirements for 2023 Is Here
November 16, 2022

Umrah Tour: Don't Miss This Opportunity To Be Closer To Allah!
November 2, 2022

Make Your Life Beautiful With the Best Umrah Tour
November 1, 2022